Jump over the blocks and bricks."
A review by Andrew

Note:  if you have problems, see down on this page how to install it.

Most of us spent days, weeks, even years playing Mario games in our childhood. It was a simple game, but it is one of the most addictive and popular games in existence. In Old Super Mario Bros. v.6, you control Mario. You can also play in multiplayer and one of your friends controls Luigi, Mario’s brother. Multiplayer in Super Mario means twice the fun! You, along with Luigi, play through the mystic Mushroom Kingdom; the ultimate and difficult goal is to defeat the malevolent Bowser and rescue Princess Toadstool. The game is so good and gamers love it so much that IGN has declared it the “greatest game of all time” back in 2005.

If you’ve never played Mario, you should definitely give it a try, as the game can be quite captivating. Run through the realm and collect coins, or hit special bricks to receive special items and other powers. To get additional lives, you must collect mushrooms and coins or defeat several enemies in a row. You lose lives when you take damage from enemies, fall or run out of time. As you might expect, the game is over when you lose your last life. You can play solo or with a friend on eight worlds, each having 4 separate stages.

This is the first and original version of Super Mario Bros released in 1985.

Because is an old game from 1985 is not compatible with all modern versions of Windows. You can:

DosBox is a program that allows playing the old games. The executable file for DOS version is START.BAT

After you install DoxBox, simply drag&drop START.BAT over DoxBox shortcut on your desktop and the game will start.

Or use the instructions from DosBox page to install it via command line.

To access the Options and configure keys, press Escape and go with the mouse to the Top menu. 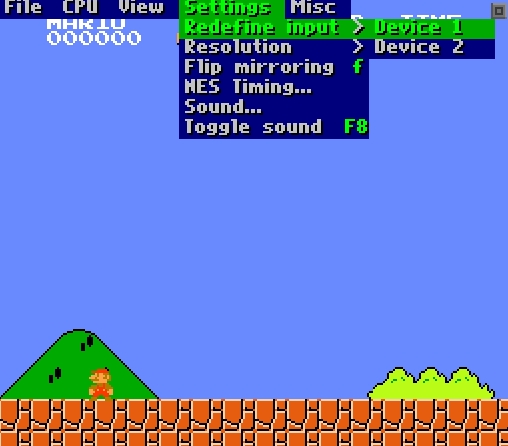 Old Super Mario Bros. v.6 is licensed as freeware for PC or laptop with Windows 32 bit and 64 bit operating system. It is in mario category and is available to all software users as a free download.

Super Mario 63
Another adventures of Mario